Read about our first one hundred years! Compiled by Guy Jennings.

With over one hundred years of saving lives Newport SLSC is Pittwater’s first organisation intent on ensuring the safety of all who visit this long stretch of sand and the ocean that meets it. Newport SLSC rose from resident Pittwater legends, necessitated by ensuring the safety of the increasing amounts of their visitors, and was supported and taken forward by people who would come to spend their Summer’s either camping or in holiday homes they had built.  The surnames of those listed in club annals are the Local hoteliers in succession at The Newport (the Newport Arms), the storekeepers, Scott’s boarding house keepers and their children.

Founded in 1909, and issued by Warringah Council with a reel and line, originally along the lines set out by the Royal Life Saving Society, Newport Surf Club was a sporting club as much as a group dedicated to guarding the lives of those enthralled with ‘surf bathing’. 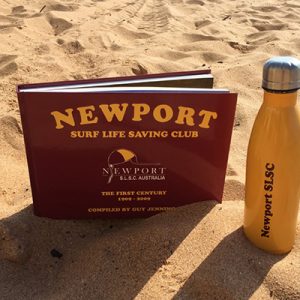 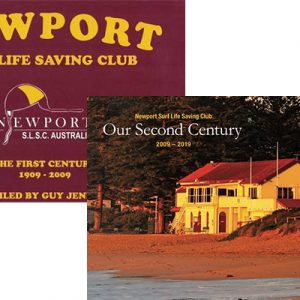