By Amanda Lulham, published in The Daily Telegraph on 16 January

It was on for young and old with numerous rookies making a splash in the opening rounds of the Nutri-Grain iron surf series and a trio of veterans dominating the racing. Ali Day, won every race in the ironman series last season, claimed the honours in the opening two legs at Bondi before a tsunami warning forced officials to cancel Sunday’s third round. Harriet Brown and Lana Rogers dominate the women’s racing which saw some thrilling racing over the first two days. Here are some of the best photos from the two days of action at North Bondi. The competition was closer than normal in the ironwoman at Bondi.  The conditions were testing for athletes on the Friday in particular. 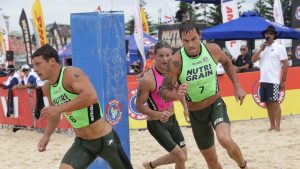 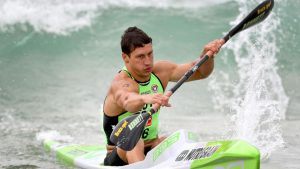 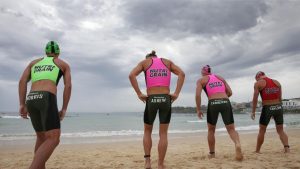