Over the weekend the second round of the NSW IRB premiership was held at The Lakes SLSC on the central coast. Competitors were confronted with a challenging shore break for the whole weekend which made the starts and finishes especially challenging.

The Newport team had some additional competitors there for round 2 which tipped the balance and gave us enough to be able to enter the IRB relay (a race that combines all the IRB events into one relay and requires 16 competitors). After a challenging race which saw 2 of our competitors boats upside down in the shore break, Newport came out with an awesome 4th place finish.

The highlight of the weekend has to be the U23 Tube race which saw our first final win since Newport recommenced IRB racing some 5 years ago. The IRB tube rescue race starts as per a normal IRB race where the driver and crew run down to the boat and race to the first turn can, then at the first turn can the crew jumps overboard with the tube (still wearing lifejacket) and swims out to the patient, who clips into the tube, and tows the patient (who is allowed to assist by kicking only) back to the boat and then they reboard the boat and return to shore. With Keelan Smith driving, Tom Doyle crewing and Geordie Smith patienting our team put in an awesome performance to take the win in convincing style. Rescue Tube Racing has turned into a bit of a strength for the Newport team with us having crews in 4 out of the 5 Tube finals on the weekend.

The series moves to Cape Hawke in 2 weeks time where we hope to keep the momentum going.

Finals results from the weekend: 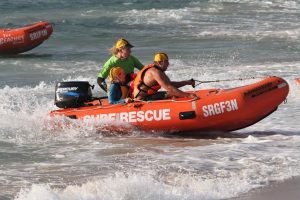 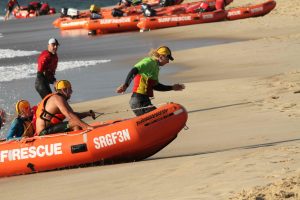